“Energy storage is like bacon: It makes everything better”.1

It is considered one of the most important issues within the energy industry, with “the potential to dictate the pace and the scale of the energy transition”. We look at the reasons why, and the technologies to watch in the future.

In addition to interconnection, demand-side response and flexible generation, storage is the ‘glue’ that could help integrate more renewables by smoothing their intermittent output. This could revolutionise grid management, facilitate deeper decarbonisation and significantly reduce the need for fossil fuels to provide flexibility. Low-cost technologies that store excess electricity for when it is needed are seen as “transformational” and one of the “foundations of clean energy”.

Part of this excitement comes from the rapid cost falls that many storage technologies are seeing. Storage is following in the footsteps of solar panels, which have become mainstream after relentless cost reductions. Lithium-ion battery packs now cost around 85% less than they did at the start of the decade. Other major technologies – ranging from flywheels to hydrogen – are seeing costs converge towards £200–280 per kWh of storage capacity,2 meaning around £2000 to store the typical daily consumption of a British household (8 kWh).

Much of the excitement is around lithium-ion batteries. These power everything from mobile phones to grid-scale batteries capable of supplying thousands of homes. Electric vehicles are driving up the scale of battery manufacturing, which makes them cheaper to build. The number of EVs on Britain’s roads has grown 25% so far this year, sailing past quarter of a million.

Lithium-ion is far from being the only technology that matters though. It is important to remember that pumped hydro storage (moving water between high and low lakes) is by far the largest technology, and represents 97% of the world’s installed electricity storage.

The power system needs a range of services, from sub-second to inter-seasonal. The recent blackout highlights the value of having fast-acting technologies for balancing and frequency response, and there will be an increased need to provide more inertia as old coal units retire. Britain’s weather means we often experience several consecutive days with high or low wind speeds, so storage which can balance between the weeks or months will become increasingly valuable. Batteries typically can store 1-4 hours of energy, and research into longer-duration batteries is still in its early phase.

The elephant in the room is inter-seasonal storage. Britain uses 25% more electricity in winter than in summer. This pales in comparison to natural gas though: we use five-times more in winter than summer for heating. As more homes move to low-carbon electric heating, new technologies will be needed to balance out the extreme seasonal variation this will add to demand. There are plenty of ways to store electricity other than batteries. Some of these, particularly thermal and chemical technologies, could offer very long-duration storage, but with the penalty of much lower efficiency than today’s batteries.

A range of exciting ideas are being pursued by numerous companies. Gravitricity plan to turn Britain’s coal-mining heritage into ultra-low-cost storage by hoisting steel weights up and down disused mine shafts. Highview build plants that liquefy air by cooling it to –200°C, then release energy when this air expands to 700 times its volume when warmed back up to ambient temperatures. RedT offer ‘vanadium redox flow machines’ which work like conventional batteries, but store their energy-containing material in separate, scalable tanks to allow longer duration storage at lower cost. Energy suppliers are beginning to offer ‘vehicle to grid’ services – allowing electric vehicle owners to save money and carbon emissions with ‘smart charging cables’, or get paid for using their parked car batteries as a ‘virtual power station’.

Ultimately, balancing energy between months or seasons may require a shift away from electricity altogether. Hydrogen is a promising candidate, and ITM Power produce electrolysers which make hydrogen gas from excess renewable energy. Their latest project with Cadent and Northern Gas Networks is blending natural gas with up to 20% hydrogen for 700 houses at Keele University. This is using clean electricity to lower the carbon emissions from heating, without any change needed at the consumer side (these houses still use regular boilers and cookers).

There is a clear case for expanding Britain’s energy storage capacity in future. The use cases for storage match the characteristics of renewable energy generation, and rapid cost reductions make storage suitable for a growing number of applications, both at grid scale and in individual households. Seasonal storage is always going to be the most difficult proposition due to the economics of having very few charge/discharge cycles per year from which to earn money. But, as the UK pushes on towards net zero emissions, it may become essential for decarbonising the highly-seasonal sectors such as heating. 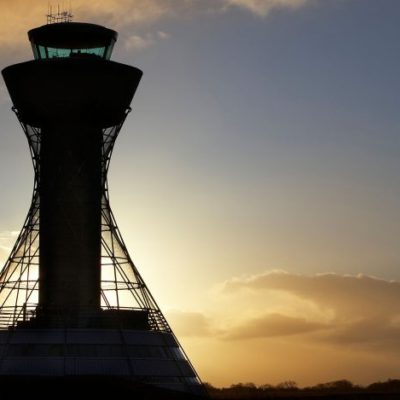