Demand-side response operated full force to help during the first event in January. It was much less prominent during the second event in March, giving very different consequences for the power system.

The first spell happened in mid-January. Wind output fell to a low of 2.6 GW across Wednesday 22nd. One week either side of this it was five times higher at over 14 GW. Gas and coal output increased to fill the void, but also the evening peak in demand disappeared.

At that time of year, demand typically rises 5–6 GW between 2:30 and 5:30 PM, but on these days the rise was less than half of this. Factories, supermarkets and a host of other consumers automatically reduced their demand during the peak hours. This prevented demand on the transmission system (the thick line in the chart below) from going above 47.5 GW, and meant that day-ahead power prices remained normal – peaking at just £86/MWh on the 22nd.

The second event came on Wednesday the 4th of March. Again, wind output fell to just 2.2 GW, from highs of 14 GW a few days either side. And although it was a couple of degrees warmer and demand was lower, the system became extremely stressed in the late evening.

The ‘loss of load probability’ rose to 37%, meaning a one- in-three chance of widespread blackouts as supply and demand were cutting close. There was just 0.2 GW of spare capacity available on the evening of the 4th, compared to over 4 GW the next day. This sent the balancing price to a high of £2,234/MWh – numbers not seen for over a decade.

Demand-side response had not activated to such an extent on the evening peaks. Between November and February, large consumers can save money by avoiding power consumption during ‘the triads’ – the three half- hour periods of the year with the highest system demand. Avoiding these triads reduces their network charge for the coming year, which can be a significant portion of their total bill. As this financial incentive to avoid peaks doesn’t exist in March, facilities kept on running – at the risk of creating power outages.

The triads will be phased out two years from now, pushing up energy costs for large electricity consumers such as industry, water treatment and supermarkets. New markets for flexibility will be required if we wish for these firms to continue contributing towards security at times of peak demand.

1: Electricity which was not consumed due to triad avoidance is not recorded and so must be estimated. We used the typical daily profile for each day of the week from recent years with similar temperatures to reconstruct a demand estimate. 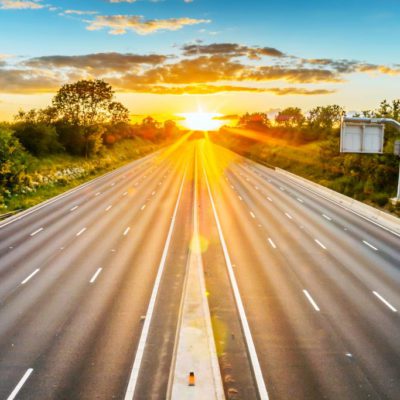