Q2 2019: Britain’s power system is closer than ever to being fossil-free

Electricity generation is decarbonising faster in Britain than anywhere else in the world.1

Changes to the way we produce power over the last six years have reduced carbon emissions by 100 million tonnes per year.2 The carbon savings made in Britain’s power sector are equivalent to having taken every single car and van off our roads.3

This puts Britain at the forefront of the wider trend towards clean electricity.  Coal generation is collapsing in Germany, having fallen 20% in the last year due to rising carbon prices. Renewables have beaten fossil fuels as the largest source of generation in Europe.  A third of America’s coal power stations have retired over the last decade as they switch to cleaner natural gas.

Britain’s coal power stations made international headlines in May for sitting completely idle for two full weeks. But coal is only part of the story. The second quarter of 2019 saw three major milestones that signal Britain’s progress towards a clean power system:

100 grams of CO2 per kWh is an important number. Two years ago the Committee on Climate Change recommended it as the target for 2030 that would mean our electricity system is in line with the national commitment to decarbonise.

Britain’s electricity has dipped below 100 grams for single hours at a time, but until now it had never done so for a full day. June 30th was a sunny Sunday with a good breeze that brought a 33°C heatwave to an end. Electricity demand was among the lowest seen all year while wind output was at a three-month high. The carbon intensity of electricity sat below 100 g/kWh for half of the day, falling to a minimum of just 73 g/kWh in the mid-afternoon. Carbon emissions averaged over the day were 97 g/kWh, beating the previous record of 104 g/kWh set a year ago.

June 30th was a record-breaker in a second way. Wind, solar, biomass and hydro supplied 55% of electricity demand over the day – smashing the previous daily record of 49% set last summer. For the first day in the national grid’s history, more electricity came from renewables than all other sources.

That day, Britain’s wind farms produced twice as much electricity as all fossil fuels combined. A quarter of the country’s electricity demand was met by onshore wind farms, and 15% from offshore.

Despite several reactors being offline for maintenance, nuclear power provided nearly a fifth of electricity; again, more than was supplied by all fossil fuels.

Britain’s generation mix during June 30th that delivered electricity for less than 100g of carbon per kWh:

The rise of renewable energy has been a major factor in decarbonising Britain’s electricity, complemented by the incredible fall in coal generation. Every single coal plant in Britain has sat idle for at least two days a week since the start of spring.

It has been three years since Britain’s first zero-coal hour. A year later came the first full day, and earlier this year we saw the longest coal-free run in history, lasting 18 days. This summer could see the first full month of no coal output if this trend continues.

Attention must now shift from ‘zero coal’ to ‘fossil free’. Unabated natural gas (without carbon capture and storage) needs to be removed from the grid mix by 2050 to tackle the climate crisis and ensure the UK hits net-zero emissions across the whole economy.

The record minimum share of fossil fuels in Britain’s electricity mix over the last decade, with projections of the current trend to 2025

On May 26th, the share of fossil fuels in Britain’s electricity fell below 10% for the first time ever. This record could have gone further though. During the afternoon, 600 MW of wind power was shed – enough to power half a million homes. National Grid had to turn off a tenth of Scotland’s wind farms to keep the system stable and secure.

This wind power had to be replaced by gas, biomass and hydro plants elsewhere in the country, as these could be fully controlled at short notice and were located closer to demand centres. This turn-down coincides with ten straight hours where power prices were zero or negative, going down to a minimum of –£71/MWh in the afternoon. National Grid’s bill for balancing the system that day alone came to £6.6m.

If the power system could have coped with all the renewable energy being generated, fossil fuels would have been pushed down to just 8% of the generation mix.

This highlights the challenges that National Grid face in their ambition to run a zero carbon power system by 2025 – and the tangible benefits that could already be realised today. If the trend of the last decade continues, Britain could be on course for its first ‘fossil-free’ hour as early as 2023. This will only be possible if the technical issues around voltage and inertia at times of high wind output can be tackled with new low-carbon technologies.

Other countries are grappling with questions about whether renewables can be relied on to replace coal and gas. Britain is proof that renewables can achieve things that weren’t imaginable just a decade ago.

Zero carbon electricity is “the job that can’t wait”. Britain only has a few more years to wait before the first “fossil-free” hours become a reality.

1: Over the last decade, the carbon intensity of electricity generation in Britain has fallen faster than in any other major economy. Source: Energy Revolution: Global Outlook.

4: Note, the record for lowest daily-average carbon emissions was smashed at the time of going to press, falling from the 97 g/kWh hit in Quarter 2 to just 73 g/kWh.

5: Electric Insights now provides data on the split between onshore and offshore wind farms. Typically, around 2/3 of the country’s wind power comes from its onshore wind farms. 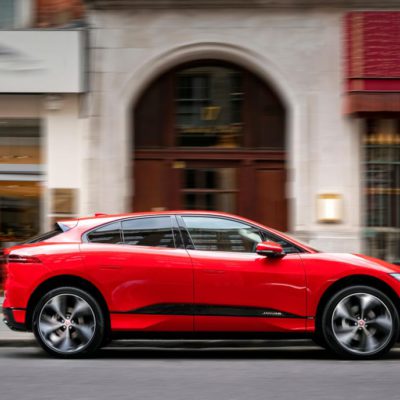