A new interconnector to Belgium has pushed British electricity imports to record highs.

At the start of this year, the £600m Nemo link between Kent and Zeebrugge in Belgium came online. It adds 1 GW – or 25% – to Britain’s connections with neighbouring countries. The link has imported power to Britain every day it has been in operation, exploiting the price differential between electricity markets on either side of the channel.

Averaged over the first three months of 2019, power was almost £10/MWh cheaper to buy on the continent. Electricity traded at £52/MWh in Britain, while in Belgium it was just £42.70/MWh.  Belgium has the lowest natural gas prices in Europe, and their power stations pay £16 per tonne less for carbon emissions than their counterparts in Britain. This helps to explain why Britain exported to Belgium for only 2.5 hours out of the 2 months the link has been running.

As a result, Britain has fallen below 90% self-sufficiency for electricity generation for the first time ever. In February and March, a tenth of Britain’s electricity has been imported from Europe, with 2.3% coming from Belgium. While this is record levels for electricity, it is low compared to other forms of energy. Britain imports around half of its crude oil and two-thirds of its natural gas (primarily from Norway). Despite our heritage as a coal-mining country, now 80% of the coal we burn is imported, primarily from Russia and the US. Domestic coal mining fell to 2.6 million tonnes last year, the lowest level since records began.1

The share of Britain’s electricity that is imported each week.
The darker line shows the time since the Belgian interconnector came online. 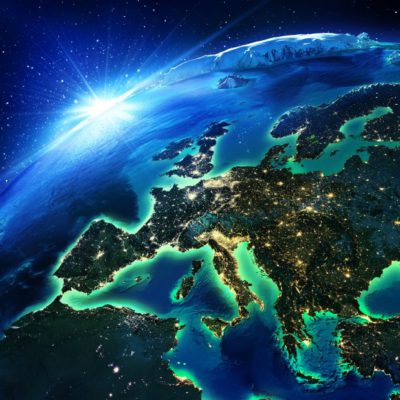