2018 was a record-breaking year for Britain’s power system.

A common theme in recent years has been demand falling to new lows and renewables reaching their highest ever levels. If the power system continues to be transformed, such milestones will keep on being surpassed.

This quarter, Britain’s wind farms broke through the 15 GW barrier and biomass plants produced more than 5 TWh for the first time. 2018 as a whole has seen the highest ever output from wind, biomass, solar and gas power stations, and the lowest coal output and carbon intensity for decades. All in all, 62 new records were set this year, showing just how far into new territory Britain’s power system is moving.

To help keep track of all these records, they are collated in the tables below. For each technology and metric, the tables below look over the past decade (2009 to 2018) and report the highest and/or lowest instantaneous value, and sustained averages over a day, a month and a year. Cells highlighted in green are records that were broken in 2018.

With the exception of hydro power, every conceivable record for renewable energy generation was broken in 2018. Britain operated with over 50% renewables for nearly 200 hours in 2018.

Low-carbon sources of electricity (which we define as renewables and nuclear, both from Britain and imported from France) supplied nearly 18 GW of electricity averaged over last year. They have supplied over three-quarters of electricity for a day, and hit a peak of almost 90% during the night of August 24th last year.

Coal output first fell to zero for four hours in May 2016, and the first day with zero coalwas in April 2017. Last year, coal fell to its lowest monthly and annual average. Gas power stations on the other hand reached a new record high, producing over 27 GW during the evening peak on the 26th of January. That was a cold day with low wind and much of the nuclear fleet out of action, showing the increasing need for flexible capacity. At the other extreme, the combined output of fossil-fuelled generators fell to a minimum of just 2.4 GW this year, on a windy Sunday night in August.

At its peak, Britain has imported nearly one fifth of its electricity. Import and export records are likely to be broken in the coming year as the 1 GW Nemo Link to Belgium is due to open.

Gross demand for electricity includes all generation, except for small thermal generators which are embedded in customer premises and so are invisible to the power system. Net demand for electricity excludes wind and solar generation (which are weather dependent), and is what must be met by large thermal power stations (nuclear, biomass and fossil), imported from abroad or released from storage devices. Every statistic for net demand reached its lowest level in the past decade during 2018.

Power prices have risen by a quarter in the last year, and so the most expensive day, month and year of the past decade were all experienced in 2018. Conversely, the carbon content of electricity was down 7% on last year, so the lowest-carbon day, month and year were also all in 2018. The highest price and lowest carbon for a single half-hour in 2018 were £320/MWh and 61 g/kWh.

1: Note that Britain has no inter-seasonal electricity storage, so we only report on half-hourly and daily records.

2: Elexon and National Grid only report the output of large pumped hydro storage plants. The operation of battery, flywheel and other storage sites is not publicly available. 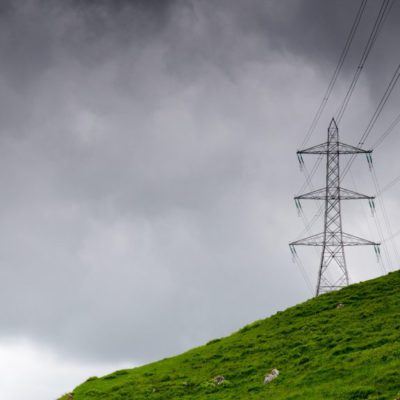